Anyone who has worked with Alex knows it is natural for her to go out of her way to put other people first. Whether it is a patient or a coworker.
Supplemental Health Care
May 20, 2020
Share

Alex Rossman has been a social worker professionally for 29 years but has been advocating on behalf of others for as long as she can remember.

“I’m not sure if I chose social work, or if social work chose me,” she recalls.  “I have always loved helping others, and much to the chagrin of my teachers, when I was young, I was always advocating on behalf of my fellow students.”

Alex refers to her career as a calling. She had always wanted to work in the field of psychiatry, and social work allowed her to combine a love of advocacy work with being a therapist. For the most part, Alex has spent her career in hospital settings.  She has worked inpatient and outpatient positions in the psychiatry department, and also in chemical dependency programs.

When asked about what she loves the most about her job, Alex explains how gratifying it is to help people understand that they are not alone and others are going through the same types of things.

“It can be scary to work on yourself emotionally,” she explains. “People often feel that it is easier to handle working on the physical aspects of life, much more than emotional ones. I see part of my role as understanding and validating what a person may be experiencing emotionally and helping them lessen their judgment of themselves. And I love seeing people grow into the person they want to be.” 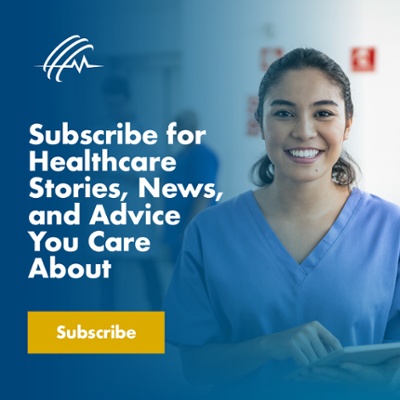 Anyone who has worked with Alex knows it is natural for her to go out of her way to put other people first. Whether it is a patient or a coworker. A clear example of that attitude and compassion happened a few weeks ago as Alex was leaving the campus where she worked. As she stepped off the elevator after finishing her shift, a woman came up to her asking for help finding the emergency department. She told Alex that she felt nauseous and light-headed and that something weird was happening with her heart.

Alex led her over to a couch and asked her to lay down or at least sit. She explained to the woman that there wasn’t an ER in this clinical campus and the nearest ER was several miles away. Alex knew that the woman could not drive herself to the ER. Just then, Alex saw two EMTs from a local ambulance company, and she called them over to help. They said they didn’t have any equipment with them, so they couldn’t be of much assistance. Undeterred, Alex ran to the security guard’s desk to have them call 911, but it was unattended. She immediately called 911, explained the situation, and then went back to wait with the woman and to try and keep her calm.

Once the fire department arrived, Alex met them outside to show them where the patient was, and she explained the symptoms that she was experiencing.  As the first responders were trying to communicate with the woman, she was disoriented and confused, so Alex tried to explain what the woman was saying. After they performed their initial exam, the fire department told Alex that they could handle it from there. After filling out an incident report for the campus charge nurse, Alex finally left for home, a full 90 minutes after she had clocked out for the day.

A week later, Alex was approached by her manager who told her the charge nurse from that night reached out to tell her what happened. She also told Alex that her actions saved the woman’s life. Soon, the manager had informed everyone in Alex’s department and even spoke about the incident at a staff meeting.

“They say I saved her life, I guess I don’t know about that, but I do know that I was able to help her. I would have acted the same way no matter where I was. To me, this is just part of being a human being and having compassion for others. I am happy to have helped in any way that I could.”

Congratulations to Alex Rossman, for her incredible actions in saving a person’s life and for being an amazing representative of SHC’s commitment to ‘Care More.’ Alex’s selflessness has earned her the Care More Spotlight.

If you are nurse, therapist, or allied health professional, reach out to Supplemental Health Care today to find out how we can help you find your next opportunity.

Elva has practiced various forms of psychotherapy for almost 25 years. After returning to college as a 40th birthday..